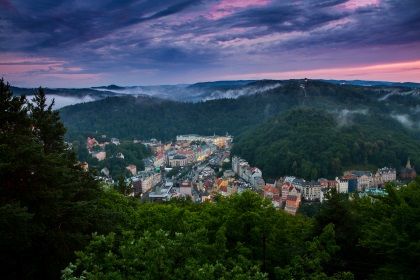 The Karlovy Vary International Film Festival is the largest film festival in the Czech Republic and the most prestigious such festival in Central and Eastern Europe. It is one of the oldest A-list film festivals (i.e., non-specialized festivals with a competition for feature-length fiction films), a category it shares with the festivals in Cannes, Berlin, Venice, San Sebastian, Moscow, Montreal, Shanghai, and Tokyo. Among filmmakers, buyers, distributors, sales agents, and journalists, KVIFF is considered the most important event in all of Central and Eastern Europe.

Every year, the festival presents some 200 films from around the world, and regularly hosts famous and important filmmakers. The Karlovy Vary festival is intended for both film professionals and the general public, and offers visitors a carefully designed programme, excellent facilities and a broad range of other services. 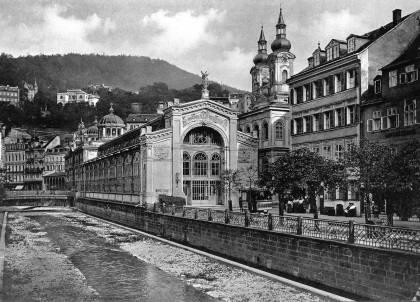 More on past years

The first year of one of the world’s oldest film festivals was in 1946 in Mariánské Lázně. The festival moved to Karlovy Vary in 1947, and the following year the festival became competitive, awarding its first Crystal Globe. In 1956, the International Federation of Film Producers Associations (FIAPF) officially designated Karlovy Vary a category A festival.

The Karlovy Vary festival spent 40 years operating under political pressures in socialist Czechoslovakia. In 1994, a new team headed by well-known Czech actor Jiří Bartoška and leading film journalist Eva Zaoralová took over the festival’s organization and decided to reshape the stagnating festival into a film forum deserving of international attention. In just a few years, the new programming and organizational approach implemented by Bartoška and Zaoralová helped the festival regain its previous level of prestige and win back the interest of film professionals and the general public. 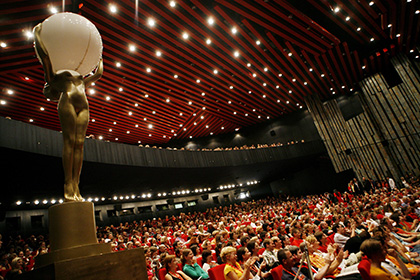 More on the film festival sections

Each year, the Karlovy Vary IFF presents some 200 films from all over the world. Many of the films are exclusively shown at the festival, while others make it into Czech or foreign distribution, onto television, or into other festivals thanks in part to their screening in Karlovy Vary. Except for films shown as part of retrospectives, all the presented works were made during the preceding year and are shown for the first time ever in the Czech Republic – many of them as world, international, or European premieres.

The greatest focus is on the traditional programme sections – the Crystal Globe Competition, which is reserved for feature-length films shot during the previous season that have not been shown at any other festival in international competition, and the Proxima section, an international competition which aims to complement the Crystal Globe Competition by celebrating contemporary cinema with a collection of forward-thinking and exciting discoveries shown exclusively as world or international premieres. Audiences can also look forward to thematic sections, unique retrospectives and homages to exceptional filmmakers. 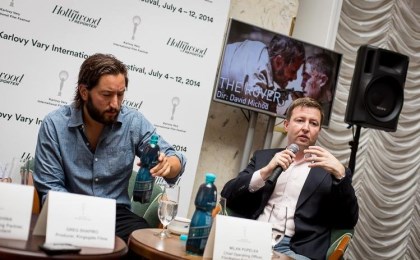 More on the industry section

KVIFF Eastern Promises, the festival's industry section, strives to discover promising and talented filmmakers from Central and Eastern Europe and the Middle East, and to connect them with the more than 1,300 distributors, sales agents, producers and festival programmers attending the festival. The festival presents some 200 new films each year, more than a third of which are world or European premieres. As a result, both European and non-European local distributors and major international sales reps rely on KVIFF when searching for new movies. The festival also includes social events for invited film professionals and a laid-back space for networking.

In addition to its workshops, panels and talks, the primary focus of KVIFF Eastern Promises is realised through 4 different programmes, each of which shows carefully selected projects in various stages of development: Works in Progress showcases selected feature films which are expected to premiere after the festival, awarding the most promising one with a combined prize of 100,000 EUR. The projects are then often selected for upcoming festivals such as Sundance, Toronto, Venice, Rotterdam or Berlin. Works in Development – Feature Launch is a public industry presentation of creative teams developing their first or second feature film within the MIDPOINT Feature Launch network. All projects are in the development stage and are looking for co-production and market opportunities. The best pitch is awarded 10,000 EUR. The Eurimages Lab Project Award promotes filmmakers who do not fit into a typical funding box or who work outside the traditional production framework, awarding the best project 50,000 EUR. Docs in Progress presents promising creative documentary projects that are currently in production or post-production and will officially premiere after KVIFF, awarding the best project 5,000 EUR.

Cinema personalities at the festival 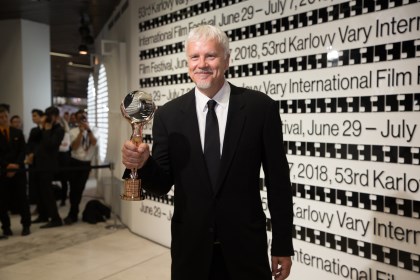 Founded in 1946 as the second film festival in Europe, today the Karlovy Vary festival is one of the most important cultural events in Central Europe. It is characterized by an inimitable audience experience and has long maintained its reputation as an informal gathering for fans of cinema. Every year, the festival presents a Crystal Globe for Outstanding Artistic Contribution to World Cinema to a leading personality of world cinema, whereby the festival recognizes actors and filmmakers for their inspiring work in the field of international cinema.

All recent editions of the Karlovy Vary IFF have been characterized by a distinctive visual design, including an original trailer, with a new trailer shot each year by leading domestic directors. Over the years, the festival trailer has become a minor work of art in its own right, characterizing each individual year and capturing the festival’s unique atmosphere. Eventually, however, the festival decided to seek out a new trailer format for properly presenting the longstanding brand that is the Karlovy Vary International Film Festival.

And so, in 2008, the festival came up with a new and unique approach to its festival trailers, consisting of cinematic micro-stories featuring the laureates of the festival’s main awards – the Crystal Globe for Outstanding Artistic Contribution to World Cinema and the Festival President’s Award. These trailers are made by the leading internationally-respected advertising directors Ivan Zachariáš and Martin Krejčí, who are currently among the top filmmakers in commercial filmmaking. Their first series of trailers featured actors Danny DeVito and Harvey Keitel and directors Miloš Forman and Věra Chytilová. Over the subsequent years, this trailer collection grew to include shorts starring Andy Garcia, Jude Law, Helen Mirren, John Malkovich, Jiří Menzel, Otakar Vávra, and Miroslav Ondříček.

The trailers are randomly screened with festival films, and thus involve festival audiences in a unique game in which the various versions of the trailer are always a surprise.

The festival in numbers 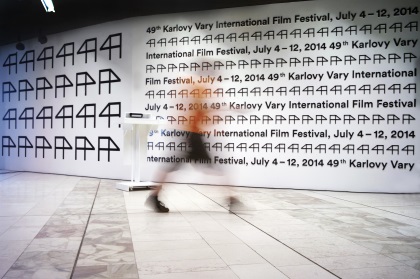